Momentum. The tendency of a moving object to keep moving.

I had forgotten this word and its implications for the longest time. I had lost momentum in life, being content with what I had, with what was happening and living on reruns on Netflix.

I think I have to regain my momentum, and shed my limitations. I need to regain my hunger and my ambition. I feel like it is lost somewhere in the humdrum of everyday life.

Nothing like a Women in Leadership conference to inspire you and give you that much needed momentum.
Posted by Unknown at 09:47 No comments: 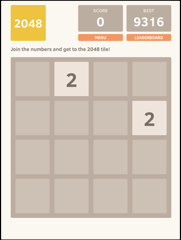 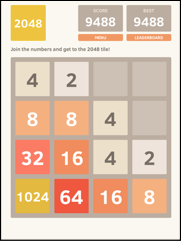 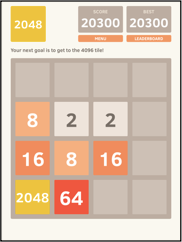 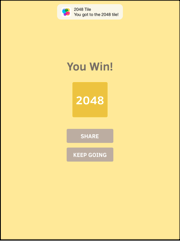 Yo yo yo!
It is gadget season again. So many new devices just clouding the horizon and making us sing out about how it is raining gadgets.
Fun times.
Our news feeds flooded with reviews about the latest tablets and smartphones, the features of the latest Operating Systems, their usability and then the ensuing price battles.

Time to stay awake, make a few decisions and prebook these gadgets away!
Posted by Unknown at 15:56 4 comments:

Why do we go to concerts?
We spend buckets of money to go listen to some songs that you have on your playlist anyway.

But the energy, the atmosphere, the feeling that nothing can go wrong, the crowd around you and you being a part of the crowd.
The sense of belonging.
The sense of adventure.
The hypnotic trance you fall in.
The elation when your favorite song starts playing.

I have a really tough time filling in notebooks.
Not because I don't like to write.
No because I lose them.
But mostly, because I lack regularity.

For the longest time , I didn't write in it. I didn't want to ruin the pristine beauty of the book with my less-then-perfect words.

Finally, in the August of 2013, I started writing in it. Nothing significant, just class notes and to-do lists. I carried it around with me everywhere for about a month, then moved on to digital note-taking methods and the book lay forgotten in my room.

It has been two months since I started doing that, and I have finally filled more than three quarters of the notebook. There is still hope for me. Maybe this will be the book which will be written in till the last page. Maybe.
Posted by Unknown at 00:10 No comments:

I read a very disturbing book. And I loved it. It has been a long time since I have been hooked on to any narrative so much that I couldn't put the book down, sneakily reading bits and pieces everywhere I went because I couldn't keep away.

With the release of 'Gone Girl' starring Ben Affleck, Rosamund Pike and the uber talented Neil Patrick Harris, directed by none other than David Fincher of 'The Social Network' fame, it was small wonder that the book on which the movie is based would make a resurgence.

Unfortunately for me, I had heard about Gone Girl before and about how good it was and how I must read it, and I just didn't have time for it. My loss, entirely.

The book is disturbing, to say the least. It looks at the characters through a microscopic lens. It subtly observes the difference in lifestyle of American people and how much it depends on the place of residence. It dissects relationships and people and circumstances and how people deal with dire situations.

I was amused by the constance references to various television series and movies that one of the characters keeps revisiting.  He is very frank and insightful when he says that he uses words borrowed from a million scripts, because that is what other people expected from him and he himself had no idea how to react in that situation. He wonders whether we are all trying to be 'characters' inspired by the million movies and books and television series that we watch, so much so that we're losing our true self, making the end of the book ironical.

The structure of the book is quite complex, moving back and forth in time. Written from three different perspectives from the point of view of two characters. It is rich in detail, painting vivid pictures of the feeling rather than the environment.

And it is disturbing.
And amazing.
Posted by Unknown at 15:13 No comments:

There is a video, about to go viral on this page.

Is this the new wave of young Indians finally believing in themselves and in their capabilities?
Is this the new era of rebels who take matters into their own hands and not wait for things to be handed to them?
Is this the time when we, as Indians, finally stop talking about India's contribution to mathematics and science by quoting multiple-century-old facts about the '0' and Aryabhatta and talk about the innovation taking place right now?
Is this the time we pledge ourselves and our dedication, talent, sheer hard work, creativity, will to the Indian cause and take pride in doing so?
Is this the time that we finally Make In India?
Posted by Unknown at 11:32 No comments:

There's something wonderful about making things on your own!

Dip a sieve in a vat of paper mulch, drain it, vacuum it, iron it and you have your own paper.

Take a scoop of shea butter, add some peppermint essence and some beeswax, stir till you think the consistency is even and you have your own lip balm.

Get a wine glass and some acrylic paint, create your own designs on the wine glass, put the painted glass in the oven for twenty minutes and you have your own customized glassware.

Upend a trashcan and you have your very own taiko.

So, I attended the Maker Faire in Atlanta and did all this and more. There were so many different projects there and so many fascinating people! It was refreshing to see people making things on their own, people actively educating others on how to prevent yourself from being too reliant on others. The Do-It-Yourself culture is amazing and it genuinely encourages creativity, innovation and entrepreneurship.
Posted by Unknown at 00:55 No comments:

A day when you wake up at noon without feeling like shit?

No guilt.
No frantic scrambling around to get ready and out.
No panic stricken phone calls and emails to answer to.
No reason to check your todo lists.
No place to get to.
No worries.